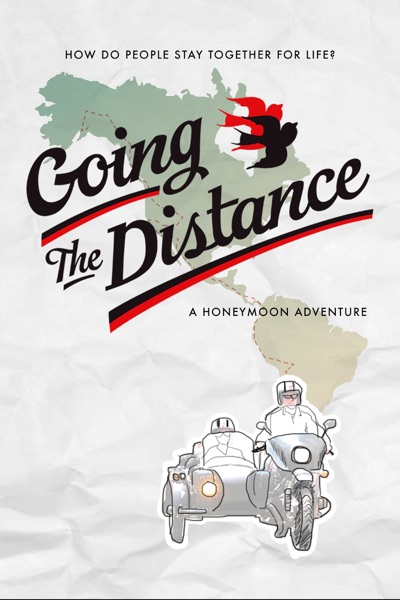 Going the Distance is the story of a pair of British newlyweds who put their relationship to the ultimate test in order to find the secret of everlasting love, and in the process learn a hell of lot more. Part travelogue, part cross-cultural story-finding, and part scientific experiment, this film tells the story of one couple’s own love, insane honeymoon, and quest for a lasting marriage. Mike and Alanna Clear drove a motorbike and sidecar from Alaska to Argentina and interviewed 120 couples about how to stay together for life. Everyone they met represented the places they were passing through. From the reclusive Fundamentalist Mormons in Salt Lake City; to a Colombian FARC kidnap victim recently returned home, rebuilding his 25 year marriage after 7 years held captive in the jungle. They began by consulting the world’s greatest relationship experts about the state of their own relationship. The results remained in an envelope, only to be opened at the end of their journey. The couple discovered that by asking about love, they got love back. And that perhaps they didn’t need to travel so far to find out something that was much closer to home.

Aladdin and the King of Thieves Apple Movie